On a Saturday in September 2011, I created an event called "The Raising". It involved a Ladder that I made that was 41 feet tall. Initially, I was going to put it inside my studio, (which has a 45 foot high point.) Upon its completion, I felt compelled to instead raise it outside so that it could fully expand into the atmosphere. I invited a group of friends to participate with me in the raising of it. We began with a moment of silence and the chanting of “OM”. We then continued chanting while will raised this piece upward. This involved group intention, participation, and a sense of purpose. After some "ups and downs", we were able to raise it, and with much joy, we basked in the glory of our accomplishment. The piece still stands today, outside the studio, although it is now in its weather-beaten, mangled form. 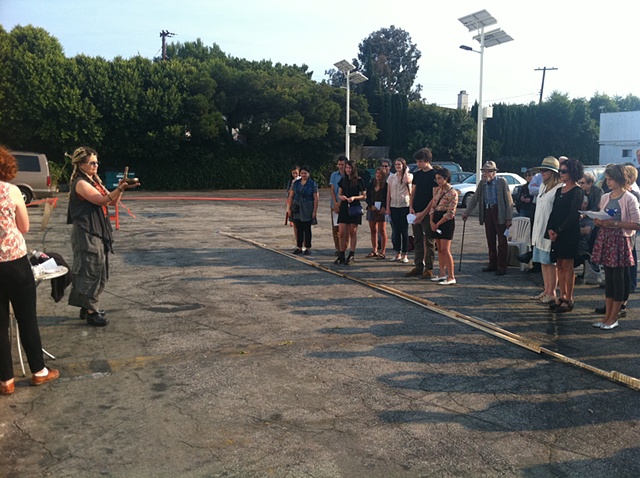 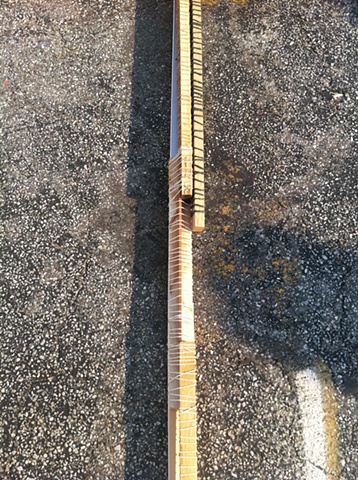 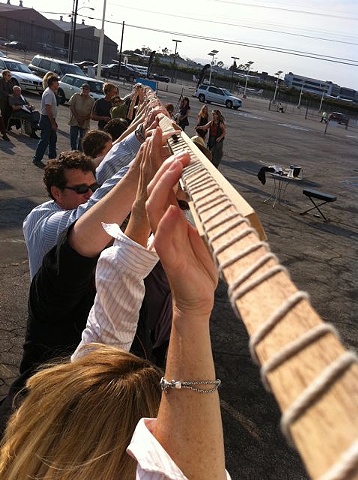 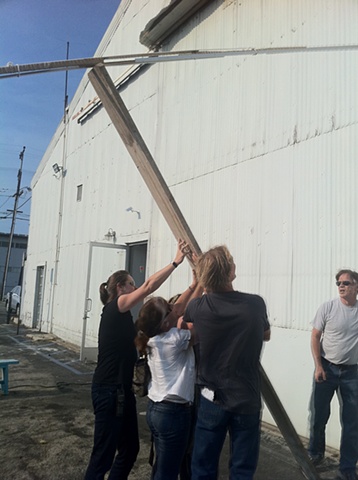 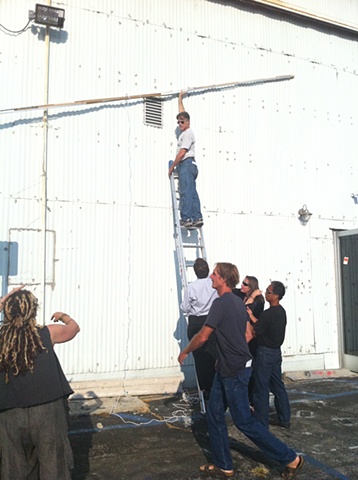 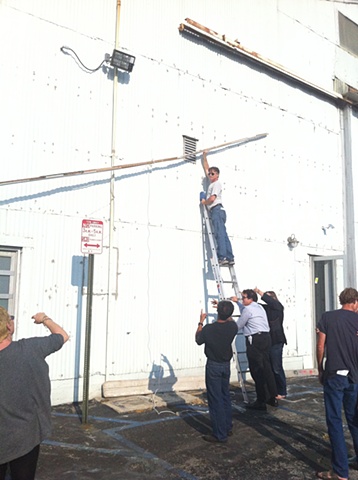 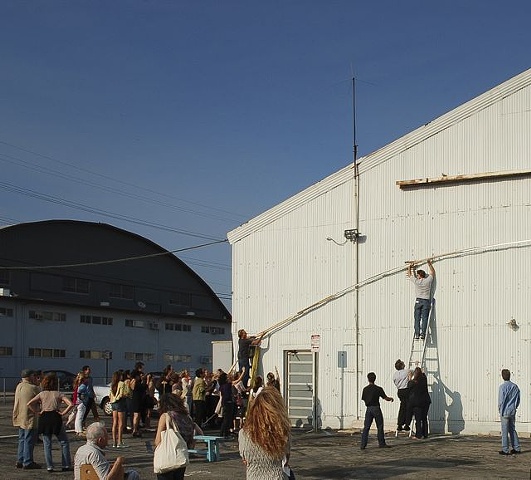 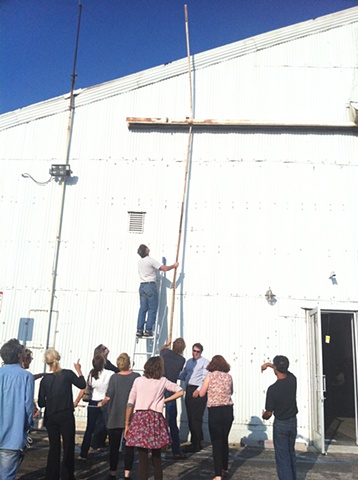 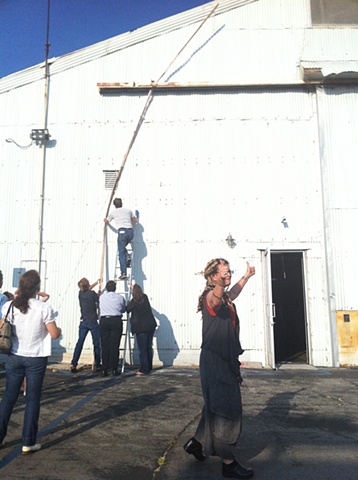 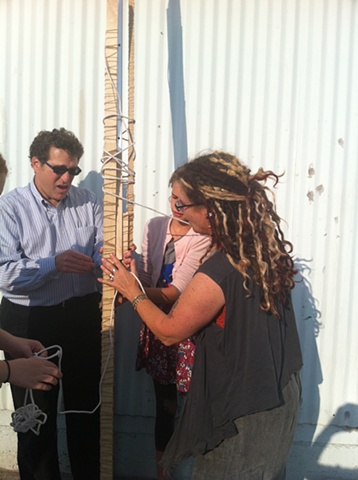 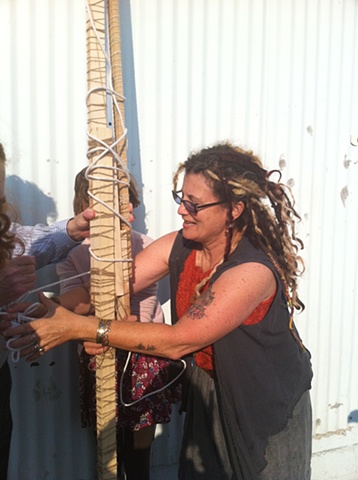 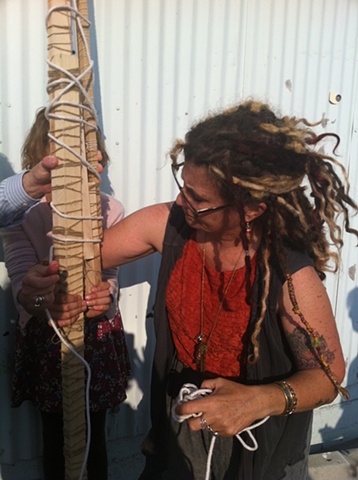 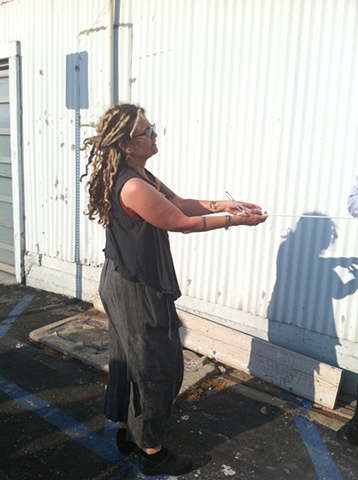 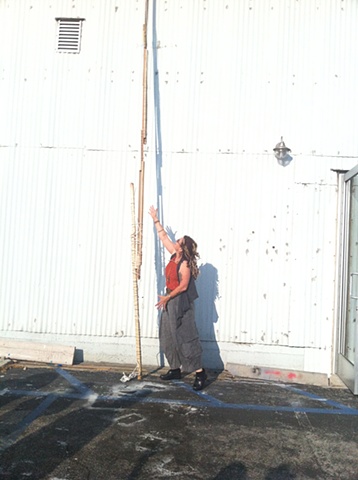 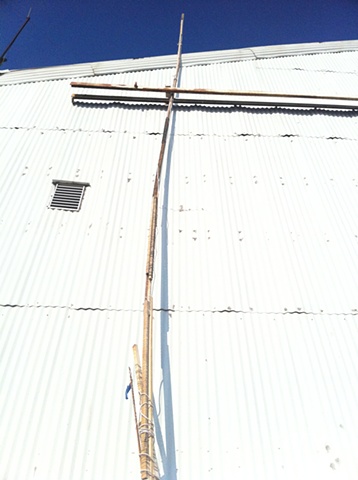 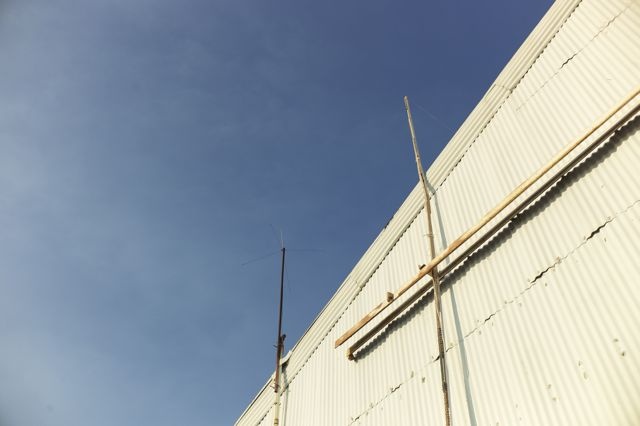 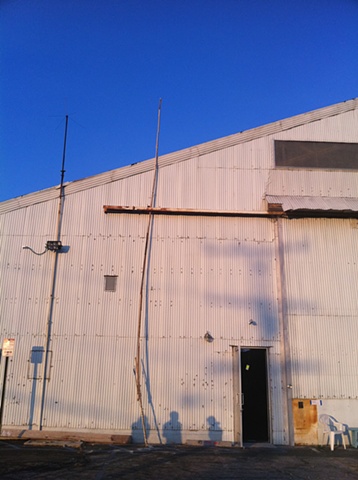 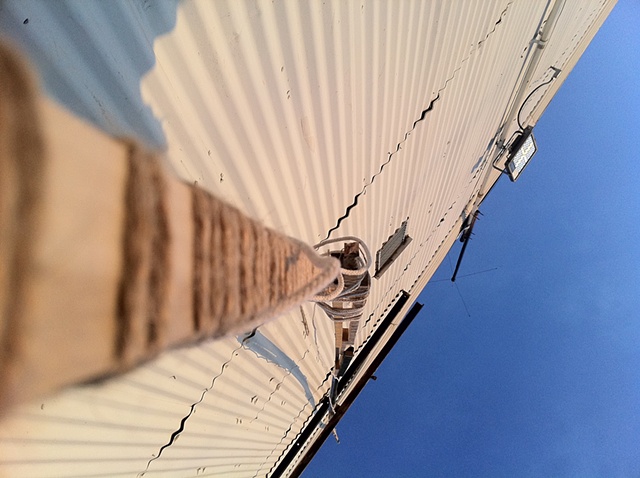 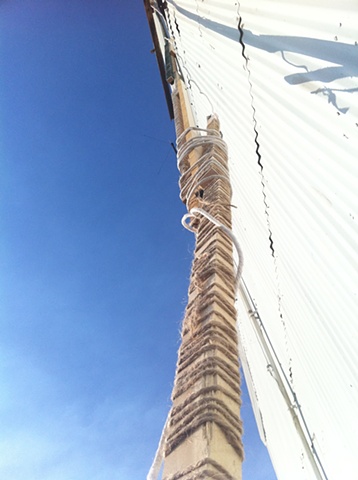 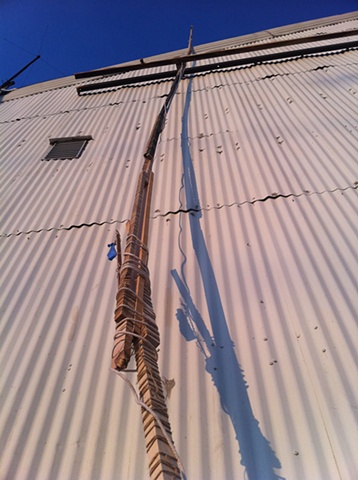 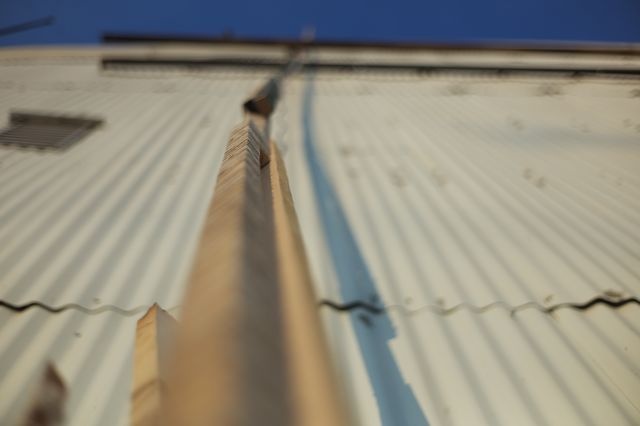 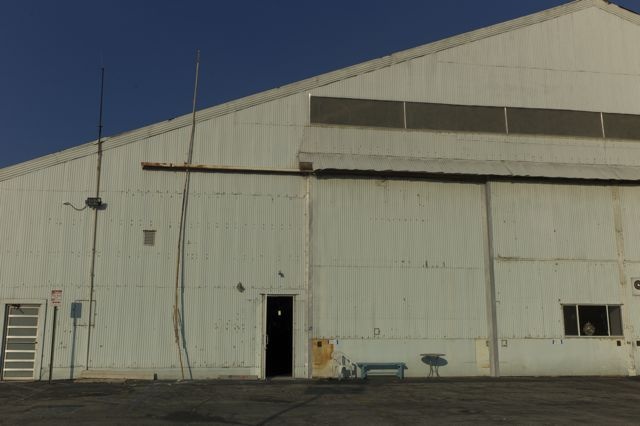